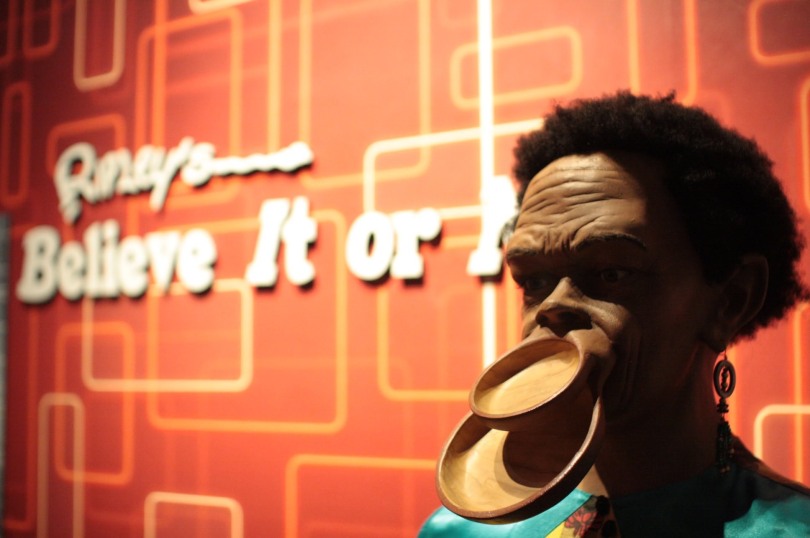 Robert Ripley started publishing weird and odd stories back in 1919, and ever since “Ripley’s Believe it or Not” has been perplexing us, weirding us out, and making us turn our heads away in disbelief ever since. I tend to be a little morbid in this sense though, and find many of the oddities produced by “Ripley’s” fascinating. But even in the fascination, I have to admit, some of them are just a little too “out there” to be believed. I have to wonder how real or true they are. In short, I have to say, I don’t necessarily believe they are. I don’t know … but I don’t believe they are or can be true.

Knowing and believing are often mistaken for one another. How many times in life have you heard (or perhaps said) about something, “I know for a FACT that …”? I have. And what in most cases I was saying, was “I believe VERY strongly.” Let’s face it, there are few things we say we KNOW that we actually do KNOW. We actually believe, rather than know. In this life, I’d suggest, it’s hard to KNOW much.

However … you knew I was going to do this too, huh? … however, there are certain things we can know. Certain critical things that our hearts NEED to know. This was what struck me as I read this week through Psalms 16-21 and Proverbs 3.   In Psalms 17:6-7, king David writes …

I am praying to you because I know you will answer, O God. Bend down and listen as I pray. Show me your unfailing love in wonderful ways. By your mighty power you rescue those who seek refuge from their enemies.

What I am growing to love more and more about the Psalms (especially the ones David penned) is that in them he reveals his heart. The good, the bad, and the ugly. What a great model for us! I think all to often we (I) tend to be fearful about opening up fully to God. Telling Him not just the flowery, effusive things, but sharing our frustrations, our fears, our disappointments … even the frustrations, disappointments and fears about HIM! But more to point, David in this Psalm is pouring his heart out seeking God … seeking His ear, seeking His protection, seeking His response.

I’ll share that I often go into prayer asking God to hear me and to answer, but honestly not always going into those times of prayer fully knowing that God’s going to hear me or respond to me. But that’s where David comes in. Note that David doesn’t write “I am praying to you because I believe you will answer,” or “I am hoping,” or “you might.”   He says “I know.” Do we have that same certainty and conviction? Do we approach our prayer to God that way?

And why did David say, “I know?” Well, for David, God had answered, time and time again. When I think back on my life, I see the same thing. God has always answered me when I pour my heart out to Him in prayer. In David’s life, God did … over and over and over. (read about it througout 1 Samuel, 2 Samuel, 1 Kings, and 1 Chronicles)

Think about it … if our kids approach us and ask us for something that we KNOW is harmful to them or not in their best interest, we’d answer their request, right? But we might answer, “no.” If our son came up to me and asked me now at almost 18 years old if he can use his own money to buy a new rifle, I’d probably tell him, “sure.”   But if he asked me that when he was 3 years old, different story entirely.

David approached God in a way that showed he absolutely understood that God would indeed answer his prayers. In fact the Psalms that David wrote are inherently prayers that David wrote down … because they reflect the petitions of his heart before God. The realness and the fervency with which he brings his prayers to God show clearly how David knew (not believed) that God would answer. Therein lies the model of prayer for you and for me.

When we go into our prayers, leaving our hearts open before God, KNOWING that He will answer, we can approach our prayers in different ways.   There’s a reassurance and a confidence that results. As with David we too can be certain that God will “bend down and listen,” show us His “unfailing love,” exercise His “mighty power,” and rescue us who “seek refuge” in Him. Believing isn’t the same thing. It gives no certainty. It gives no hope. It gives no assurance. Knowing, on the other hand, does. And we get from believing to knowing by reflecting on how God has answered in the past, whether us, or in the many, many ways He did for David (and SO many others) as shown in His word. It’s all there for us to read … and to KNOW.

Believe it? Or not. But KNOW it! He will answer.