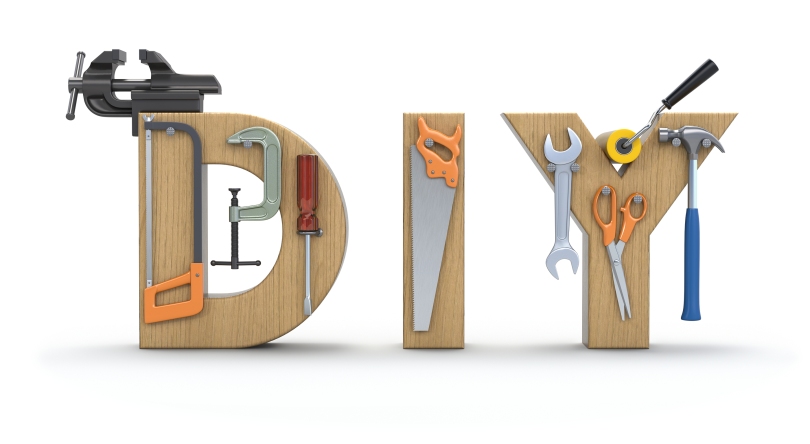 Cable and satellite tv, the internet, Lowe’s and Home Depot, and many other influences have enabled me to be handier than I can ever have imagined. I assure you, I was not born with abilities to fix things in my house, car, etc. If you know me, this is where you express your most heartfelt and enthusiastic “amen!” It’s incredible how my ineptitude has been transformed with so many skills I never envisioned. My dad did a good job as I was growing up, and especially after Helen and I got married and owned our own homes, showing me how to change outlets and switches, fixing leaking faucets or unclogging clogs. But the true metamorphosis continues especially with being able to Google anything and to watch the “how to” on YouTube. It … is … AMAZING!

It strikes me that this isn’t just a Michael thing. I suspect that all of us have skills we once only wished we could have. The sheer unadulterated POWER I feel when I can make that “service engine soon” light in my Prius is worth my weight in gold. This is evidenced these days by the advent of the initials D-I-Y (do it yourself) … which I recall nary a mention before the emergence of the various media that have equipped those of us previously unequippable.

This newfound freedom from newfound ability emboldens us. As I was reading this week from Numbers 26-36 and Deuteronomy 1-4, I had a tinge of conviction about the DIY capability I put to use around the house, but not outside of it. Allow me to share from Numbers 32:1-9, and to explain thereafter …

The tribes of Reuben and Gad owned vast numbers of livestock. So when they saw that the lands of Jazer and Gilead were ideally suited for their flocks and herds, they came to Moses, Eleazar the priest, and the other leaders of the community. They said, “Notice the towns of Ataroth, Dibon, Jazer, Nimrah, Heshbon, Elealeh, Sibmah, Nebo, and Beon. The Lord has conquered this whole area for the community of Israel, and it is ideally suited for all our livestock. If we have found favor with you, please let us have this land as our property instead of giving us land across the Jordan River.” “Do you intend to stay here while your brothers go across and do all the fighting?” Moses asked the men of Gad and Reuben. “Why do you want to discourage the rest of the people of Israel from going across to the land the Lord has given them? Your ancestors did the same thing when I sent them from Kadesh-barnea to explore the land. After they went up to the valley of Eshcol and explored the land, they discouraged the people of Israel from entering the land the Lord was giving them.

Let me start out by saying that in fairness, the men of Reuben and Gad were misunderstood to be wanting to beg off of the battle to occupy the land the Lord had provided to the Israelites on the west side of the Jordan river. But let’s set that aside for the moment. Because the message here derives from a common thread that may well have been the motivation of the men of Reuben and Gad before they were rebuked by Moses and perhaps “clarified.” We’re not totally sure either way.

Anyhow, when I read this I thought it to be a powerful illustration of the mentality we see in Christendom today. There was a sense on Moses’ part that the men of Reuben and Gad weren’t so much content with the land where they were on the east side of the Jordan. Rather the concern was that they were willing to let the other tribes do the difficult work of going over the Jordan and fighting the foreign tribes that were occupying the land the Lord was providing. Either they were unwilling to join the fight or too afraid to engage in the fight. One way or the other, they were happy to let the others do the hard work. DIY wasn’t exactly uppermost on their minds or burning a hole in their hearts.

Encountering that angle on the passage made me think of our modern day churches. The 80-20 rule is alive and well … 80 percent of the ministry tends to be done by 20 percent of the people. The rest of us engage with church in much the same way we would our favorite DIY television show. As observers, spectators and too infrequently as doers. So much for the D of DIY, at least when it comes to church.

Why are we so unwilling to take on the D of the DIY? I suspect much of it has to do with the assumed hesitation of the men of Reuben and Gad. Crossing the Jordan in and of itself meant having to once again pack up their belongings and move from the comfortable place they were in. It meant messy and arduous work. It meant potential hazards in the actual crossing. It meant being willing to fight the enemies on the other side, and it meant possible taking losses in the short-term to gain victories in the long-term. What it also really meant … and they weren’t seeing … is that even in the DIY there was help. GOD had ALREADY done the work, fought the battle, and won the victory. Even when I take on a DIY project, I still always have available the help and expertise of someone more knowledgeable. When it came to taking the land on the west side of the Jordan, God had already accomplished the task.

And so it is in ministry. On one hand, we have to decide to cross, to battle, and to get involved in often difficult and messy endeavors. But God is the One who does the actual work and wins the actual battle. Hence the folly of being unwilling to minister and get involved. Hence the folly of leaving it to someone else. All we’re signing up for is the willingness to be used … and to be blessed. I can tell you with 100 percent assurance … the times when I’ve been willing to DIY in ministry (which is anything but Y) I have always been the greatest recipient of reward. It’s senseless to DIY at home, but not to DIY where Jesus called us to … Jerusalem (our neighborhood), Judea (our surroundings), Samaria (“across the tracks” where people are different than we are), and the ends of the earth. My prayer for all of us is less and less frequently, will we leave the DIY of God’s work to others.