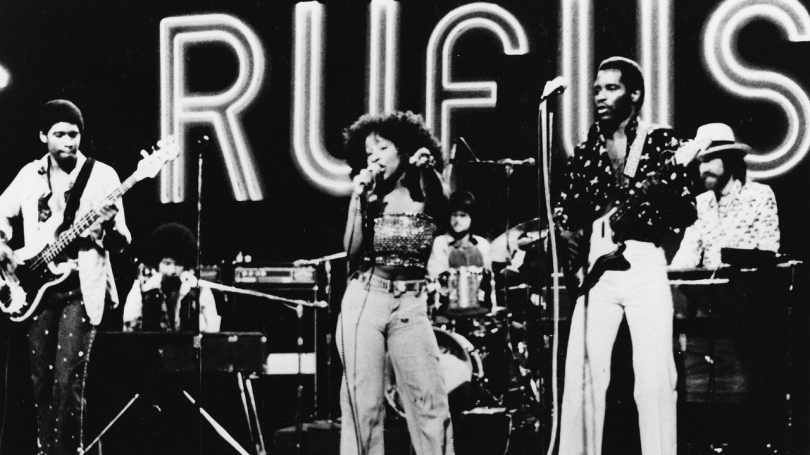 First of all, I would be horribly remiss if I didn’t express my eternal gratitude and immeasurable respect for all those who have fought, served, and died for our country.  Your sacrifice allows me and others the freedom to devote ourselves to reading God’s word and working to share its transformative power in the lives of others.  Thank you!

There are few, if any, songs that I think have a greater funk and groove to them than “Tell Me Something Good,” the 1974 hit by Rufus and Chaka Khan.  There really isn’t a single song more dripping with “cool” that I can think of.  Given that it was originally written by Stevie Wonder (one of my all-time favorite singers, writers, musicians), there’s no surprise that there aren’t enough O’s in “smooth” for the song.  When it comes on I basically stop anything else I’m doing.  I’ve never quite mastered the drum groove in it.  But one things for certain … it’s so good!

But far more than the incredibly delicious tune that it is, the title reverberated with me as I read the past few weeks (yeah, there was a bit of an unintentional hiatus) through the rest of 1 Samuel, 2 Samuel and 2 Chronicles as well as a host of Psalms.  In the course of digesting God’s word especially through the life of King David, this sense of telling [someone] something good pressed me in important ways.  As Christians, as leaders, as parents, and on and on and on … it’s crucial to “tell me something good.”  I’ll explain.

In 2 Samuel 12, we read an illustrious and central account that shaped the life of King David, and one that I think should have similar implications for you and me.  Verses 1 – 10 …

So the Lord sent Nathan the prophet to tell David this story: “There were two men in a certain town. One was rich, and one was poor.  The rich man owned a great many sheep and cattle.  The poor man owned nothing but one little lamb he had bought. He raised that little lamb, and it grew up with his children. It ate from the man’s own plate and drank from his cup. He cuddled it in his arms like a baby daughter.  One day a guest arrived at the home of the rich man. But instead of killing an animal from his own flock or herd, he took the poor man’s lamb and killed it and prepared it for his guest.”  David was furious. “As surely as the Lord lives,” he vowed, “any man who would do such a thing deserves to die!  He must repay four lambs to the poor man for the one he stole and for having no pity.”  Then Nathan said to David, “You are that man! The Lord, the God of Israel, says: I anointed you king of Israel and saved you from the power of Saul.  I gave you your master’s house and his wives and the kingdoms of Israel and Judah. And if that had not been enough, I would have given you much, much more.  Why, then, have you despised the word of the Lord and done this horrible deed? For you have murdered Uriah the Hittite with the sword of the Ammonites and stolen his wife.  From this time on, your family will live by the sword because you have despised me by taking Uriah’s wife to be your own.

To set the stage for those who might not be familiar, this passage follows a time when King David had his army battling the Ammonites.  When King David was on the top of his palace he happened to notice beautiful Bathsheba, the wife of Uriah, bathing.  David called her to him and committed adultery with her, impregnating her.  To cover up his sin, he tried calling Uriah home thinking that Uriah would have relations with his wife.  Despite trying to finagle his way out of his sin and dishonor, Uriah remained honorable and refused to have relations with his wife while his fellow Israelites were engaged in battle.  David eventually positioned Uriah on the front lines in order to get him killed, which came to pass.  Essentially, David committed both adultery and murder.

The passage above shows how God used the prophet Nathan to confront King David and speak truth into him.  Nathan carries the message, demonstrating obedience to God and ultimately love to David … in the manner of wanting to point out his failure to help realign him with God’s desire for him.  That is, Nathan told him something good.  Even though David was the king, and there was an inherent risk in Nathan being confrontational and plain with David, Nathan knew he had a duty to God, and a duty to David to tell him something good, even when it could have been received or perceived as bad.  There is the model for you and me.

Too often as Christians, parents, business leaders, friends, we shy away from the type of loving confrontation that we see exhibited by Nathan.  We short-change ourselves and others either by lacking the courage or the foresight to understand that when we tell someone something good … the truth, or feedback, or even in admonition … we are demonstrating love and care.  As a business leader, I’ve lacked that vision to know that when I don’t guide someone on my team or within my sphere of influence, I am not helping them.  Quite the opposite, I’m hurting them.  That is, when I love like Jesus does, I am compelled to provide input, feedback, guidance, admonition.  Even when I need to tell them something bad, if I tell them in a way that honors God and honors the person, I tell them something good.

Let’s be clear … just because we tell them something good, that doesn’t absolve us from the way that we tell them.  Intrinsically, for us to tell someone something good, it has to be driven by a focus on doing the right thing, and doing the right thing in the right way.  While Nathan’s delivery to King David was pretty plain and frank, he was following the guidance of God, delivering God’s words, conveying God’s message.  In our case, we should be striving to do the same.  A direct report whose performance is not up to par should be communicated with in a plain but God-honoring way.  If a friend is harboring sinful behavior, we are called to step in and communicate in a way that glorifies God.  When our kids make poor choices, we must step up and correct them, as Jesus would.  Tell them something good, even when difficult.

Needless to say, we tell them something good when there’s something good to tell, also.  Not just the bad stuff.  This applies equally in our homes, communities and work places.  When we notice something worth accolade and don’t provide the input, we’re not telling something good.  Missed opportunities and loss follow.  As parents, as Christians, as friends, as leaders in organizations and businesses, our greatest calling is as builder, developer, encourager.  To miss the opportunity to edify is equally as destructive as missing the opportunity to correct.  Silence is most assuredly not golden (a different song from a different era – courtesy of Frankie Valli and the Four Seasons).  Our calling, our responsibility, the way we should the love of Jesus to others … tell me something good.