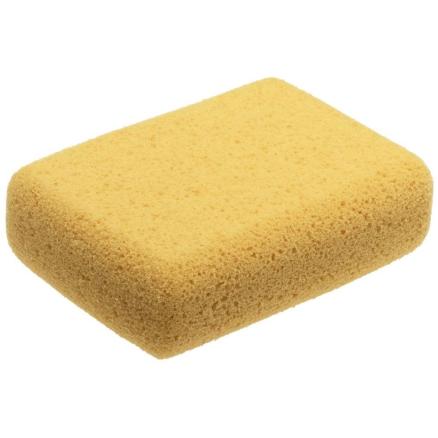 If you buy into the whole evolution thing, there isn’t much that divides you and me from sponges.  Seriously.  Personally, I find that offensive but that’s not a topic I’d like to try to tackle in this message.  At least for now 8-).  While our anatomical, physical, and metaphysical attributes are nothing like that of a sponge, I have to say that there are aspects of us that are sponge-like.  By now, you’re probably asking yourself, “where in the world could he possibly be going with this?”  Fair enough.  Perhaps a little insight would shed some light.

The horrors and cataclysm of the recent Hurricane Harvey are well-documented.  I don’t even pretend to understand what the folks in and around the gulf coast of Texas and the surrounding areas are going through.  And I actually say that in a far broader sense than you’re understanding.  That is … clearly the loss of life, property, safety, and security are beyond comprehension, particularly to the simpleminded like me.  But over the past few days, the story of one young lady, Ms. Victoria White, who in the face of the horrific somehow saw the glory of God rocked me.  In an angelic voice as much because of its beauty as its faithfulness, she sang worship to Jesus staring straight in the face of her plight.

I guess that’s what I mean when I say I can’t possibly understand what the folks that have been through Hurricane Harvey are going through … in more ways than one.  I mean, I can’t understand even for a second the loss they’ve gone through.  That’s clear as day.  But moreover … I would say that I also am challenged to understand how someone in a shelter who has clearly gone through inexplicable loss responds in worship the way she did.  You see, the point is she’s a sponge.  That is, we’re all sponges.  My reading this week (Jeremiah 41 – 52, Lamentations 1 – 5, and Ezekiel 1 – 23) will help explain what I mean, and in particular, Jeremiah 44:15 – 19 …

Then all the women present and all the men who knew that their wives had burned incense to idols—a great crowd of all the Judeans living in northern Egypt and southern Egypt—answered Jeremiah, “We will not listen to your messages from the Lord!  We will do whatever we want. We will burn incense and pour out liquid offerings to the Queen of Heaven just as much as we like—just as we, and our ancestors, and our kings and officials have always done in the towns of Judah and in the streets of Jerusalem. For in those days we had plenty to eat, and we were well off and had no troubles!  But ever since we quit burning incense to the Queen of Heaven and stopped worshiping her with liquid offerings, we have been in great trouble and have been dying from war and famine.”  “Besides,” the women added, “do you suppose that we were burning incense and pouring out liquid offerings to the Queen of Heaven, and making cakes marked with her image, without our husbands knowing it and helping us? Of course not!”

Sponges can soak up a lot, and quickly.  When squeezed, however, they release whatever’s soaked up.  Hence, a sponge can only release what has already been soaked up in it.  The Israelites were reaping judgment from God because that’s what they, like sponges, soaked up.  That is, they sought the admiration, approval, power, and protection of worthless idols.  In their devotion to the meaningless, tangible, physical pieces of wood, they left the one true God, the one who had not just created them, but entered a covenant relationship with them, saved them from bondage in Egypt, and who sought only their faith and devotion.

That’s true for us today.  When we hit difficulties or challenges in life, when we’re squeezed, what comes out of us?  Is it faithfulness, perseverance, and steadfastness?  Is it God’s word and the truth of it?  Or is it pride, anger, blame, faithlessness, and uncertainty?  Like a sponge, what we put in, what we soak up, is the only thing that can be released when we’re squeezed.

Two weeks ago, the people of Houston and the Gulf Coast of Texas were unaware of their plight, and yet that plight loomed.  In our lives, Hurricane Harveys perhaps of a different sort queue up for an eventual destructive path.  While we rarely contemplate that reality, in some way we all acknowledge the inevitability of those times.  So given that, what are we soaking up?  What are we ensuring is in us so that when, not if, we’re squeezed, what comes out of us will be of the right and good sort?  Are we in God’s word regularly?  Are we communing with Him in prayer routinely?  Are we engaged in a faithful, fruitful community of believers actively?  Are we seeking the Holy Spirit for His help in growing our faith deeply?

If so, when we’re in the shelter from the storms of life, God’s truth and gospel will gush out of us, for His glory, for our good, and the good of those around us.  Just like Ms. Victoria White, Lord bless her!  When she was squeezed, what came out of her was …