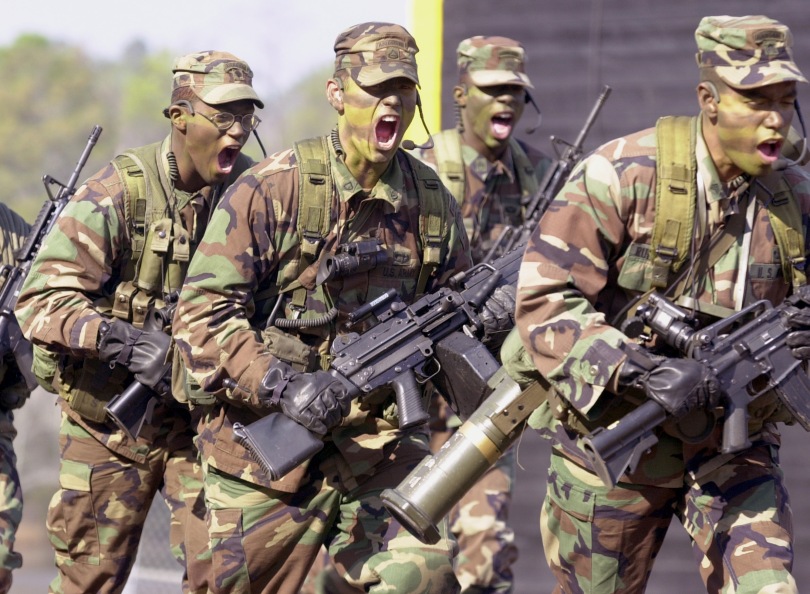 Though I’ve never served in the military, there are many elements of it that have always captured my respect and intrigue.  Certainly, those who have served … you have my utmost and eternal gratitude.  One of my favorite aspects is the Army’s practice of saying “hooah!” as a way to communicate a number of things, primarily as an affirmative acknowledgement of instruction or order.  In fact, some have explained that the meaning of “hooah!” can often be expressed as the acronym, “HUA,” or short for “Heard.  Understood.  Acknowledged.”

The past few months for me have felt incredibly heavy.  With the strife that our country … in fact, our world … has been going through, I guess it isn’t all that surprising.  Perhaps like many of you, the cacophony of societal yelling and hollering (a Texas form of “yelling,” haha) has caused me to taper off the degree to which I watch the news and engage in social media.  It seems today that so many folks are so busy yelling and screaming, there is no way they could actually be listening to one another.  And if they’re not listening, there’s no way they can be hearing.  If they’re not hearing, I would assert it’s impossible to gain understanding.  And what could be more important today then each of us trying to understand one another just a little bit better?

This is what drew me to the concept of HUA.  As I read a little more about the possible meanings of the phrase, the clarity of the utility of the “heard, understood, and acknowledged,” relative to our society struck me.  I can tell you, I could certainly apply the concepts far more in my marriage, as my wife could (and would) attest!  But it’s the power of the simplicity of the phrase that moved me, not to mention that it fits like a glove in the same frame as an admonition from one of my favorites books of scripture … James 1:19-20

Understand this, my dear brothers and sisters: You must all be quick to listen, slow to speak, and slow to get angry.  Human anger does not produce the righteousness God desires.

I can’t imagine a more appropriate verse to guide the supposed “dialog” that is going on in our country on the health front or the racial front.  You only have to look to our “leaders” in government to see that neither side of the aisle gives the slightest ear to the other side.  Just accusatory arguing and shouting, which certainly can’t activate hearing, understanding or acknowledging.  And at least for me, there are far too few examples of where HUA has been applied in our day and age.

Yet, James (the brother of Jesus) aptly reminds us that we should be quick to listen.  The connectedness of this to the next gem is profound, because if we are indeed quick to listen, by definition we are slow to speak.  And if we do both of those I daresay the slow to get angry portion is simply a natural byproduct.  What would our world look like these days if more people were slow to get angry?

Actually, James answers that question when he rightly points out, “Human anger does not produce the righteousness God desires.”  I wish I could put one of those head exploding emojis in this message at this point.  Is there anything that could be clearer from God’s word?  Is there anything that could be, frankly, more important today?  While I am not here trying to claim that the global pandemic we’re undergoing the past several months has to do with unrighteousness per se, I have to wonder how much of our response to it and reaction to it could be far more edifying to one another if we simply heard, understood, and acknowledged one another more, and allowed God to work in our lives to produce not our anger but His righteousness.  All the more if we apply HUA to the “one anothers” in our world even if they don’t look like us.

It seems all too often these days that we tend to demand that others listen to and hear us.  But look more closely at the passage from James 1, above.  It isn’t an admonition to yell and scream to force others to hear us.  It’s a command to us, that we stop and hear others.  Imagine if our politicians in Washington, DC, the state houses, and cities throughout America stopped talking long enough to listen to and hear one another, let alone “we the people?”  They’re too busy demanding that others hear them.  And, so as not to be pointing fingers unduly, so are we.  And more accurately … I have to say … so am I.  This is not intended to be an indictment on others, it’s meant to serve as an encouragement to all of us, me chiefly.  I don’t say these things because they don’t apply to me, I say these things because they do, and I above all need to practice them.  Again, just ask my wife.  😎

One of the other aspects of the explanation of the meaning of HUA is that it can mean anything but “no.”  In other words, it must always be an affirmation that one has heard, understood, and acknowledged the instruction or otherwise what they heard.  It means we can’t say, “no” to lending an ear to someone, to listen until we hear, and to hear so we can acknowledge what we heard.

Some might say, “Why bother?  I’m never going to get that person to come to my side of the discussion!”  That’s not the point.  HUA does not mean “agreement.”  It doesn’t mean convincing someone of something or pointing out your rightness or their wrongness.  How do you know you’re right in the first place?  Just because we agree with ourselves doesn’t make our point of view right.  And even if we are “right” wouldn’t our rightness be enhanced and strengthened by exercising a little HUA so someone else’s perspective can better inform and maybe even bolster our own?  Anyhow, you and I can absolutely HUA one another without agreeing on everything.  We can disagree and … as they say … disagree agreeably.  To my mind, the only way we can do that is to be able to say that we have heard, understood, and acknowledged one another.

Another reason to HUA is to show our love and respect for one another.  After all, Jesus made it quite clear in Matthew 22:37-40 …

Jesus replied, “‘You must love the Lord your God with all your heart, all your soul, and all your mind.’  This is the first and greatest commandment.  A second is equally important: ‘Love your neighbor as yourself.’  The entire law and all the demands of the prophets are based on these two commandments.”

Those, according to Jesus the Creator of the universe, are the MOST important commandments … commandments that are indelibly tied to one another, intertwined with one another, and integral to one another.  We show our love for God by showing our love for His people.  Even people with whom we don’t agree.  Especially with people with whom we don’t agree.  I can’t think of a better way to love our neighbor as ourselves than to say HUA! as often as we have the opportunity.

One thought on “HUA!”